Beautyberry as a first freshener
​
Joyful Meadow QN Beautyberry is a blue-eyed doe with very loose dairy skin and soft udder texture. She's easy to milk out and we are excited to see her second freshening!

Her dam, Framboise is a highly productive dairy doe. As a second freshener, Framboise peaked at around 2.5L a day. Quinoa’s twin sister, Noisette, is an gorgeous doe with great udder texture and teat size. Noisette produced 2.8lbs (1300ml) of milk in 12h, with lots left for her triplets as a second freshener. Based on this, we estimate that Noisette produced over 6lbs of milk per day! Noisette also won Best of Breed and Best Udder of Breed in the Canadian Goat Online Show, both with the judges’ votes and the membership votes. Beautyberry seems to have inherited the best aspects of her relatives! 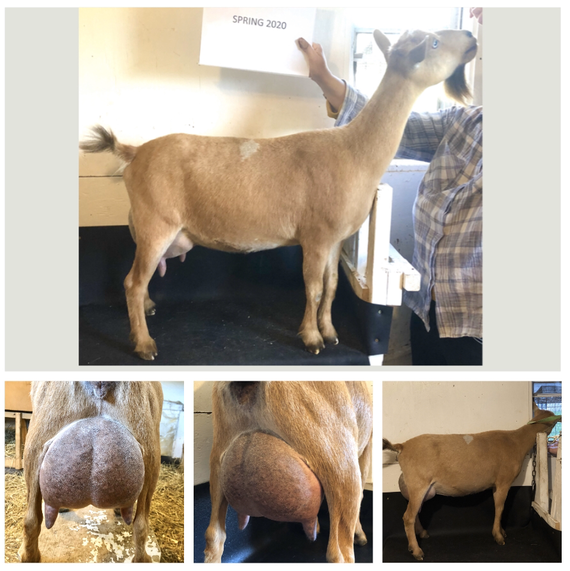 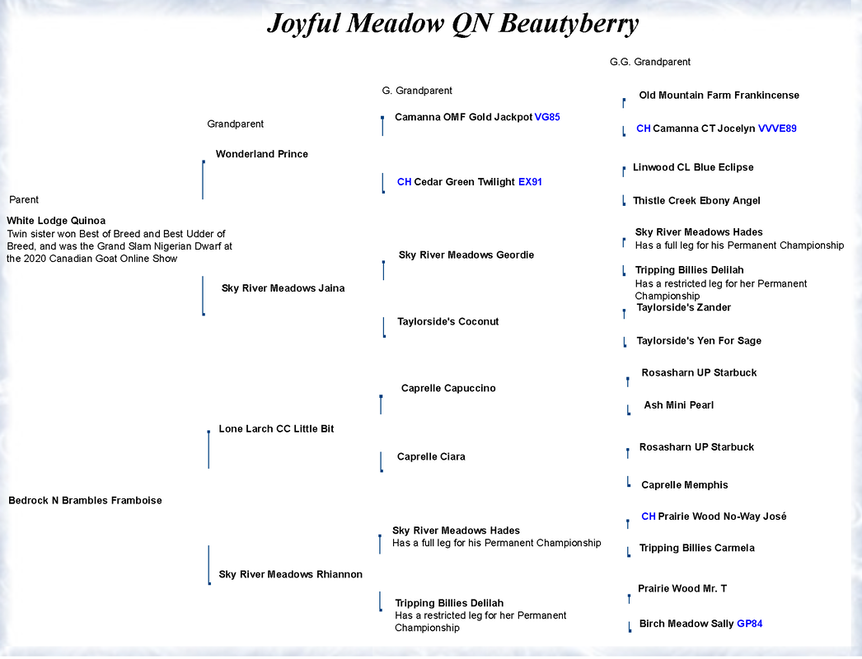