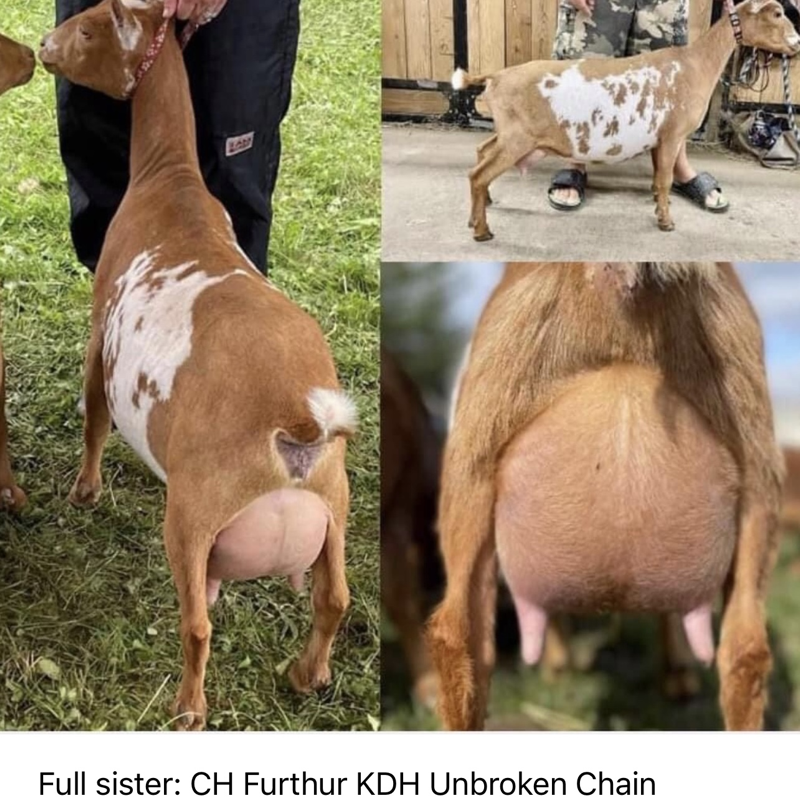 Fairlea Tom Tomson is one of Fairlea Florence's quintuplets. He is a chamoise/buckskin with white markings. Fairlea Tom Tomson has an incredible pedigree. He was one of the few bucks imported from the US for his amazing genetics. He was classified as Excellent 91 and his dam, Fairlea Florence, has earned her 4th generation milk star. Fairlea Florence is in the 93rd percentile for milk production in the US, producing 964lbs of milk during her 4th lactation! Tom has a lot of strong milking genetics behind him! His dam's sire is a ++*S bucks. This means that he has produced at least 3 daughters out of at least 3 different dams who have earned their milk star, and has at least 2 sons who also each have produced 3 daughters out of at least 3 different dams who have earned their milk star, and his dam and his sire's dam have a milk star! Tom's sire is a +B +S buck. Tom's sire's sire is the half-brother of the 2011 ADGA National Champion. His sire's sire is a Superior Genetics doe and classified as VVEV89. His dam's dam is Fairlea Fleur, who has her 3*M milk star, is part of the Advance Registry, is a Permanent Grand Champion, and was classified at Excellent 91.1. Tom's pedigree features many show champions and milk star does from wonderful herds, which can be seen below.

We are incredibly happy to add him to our herd and can't wait to see how he improves our herd.
Dam - Fairlea Florence 4*M 4*D - Produced an average of 1001lbs per lactation.
Photos courtesy of Fairlea Farm 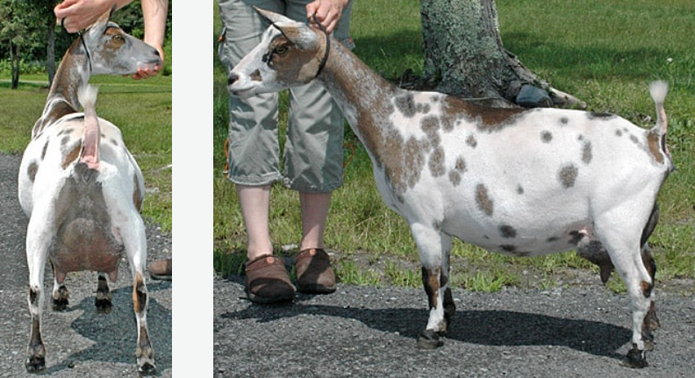 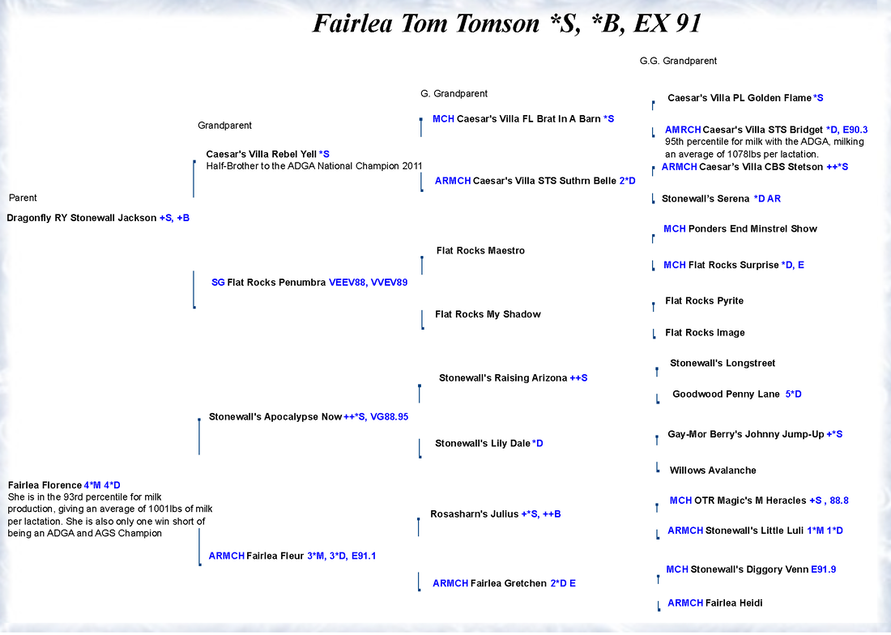