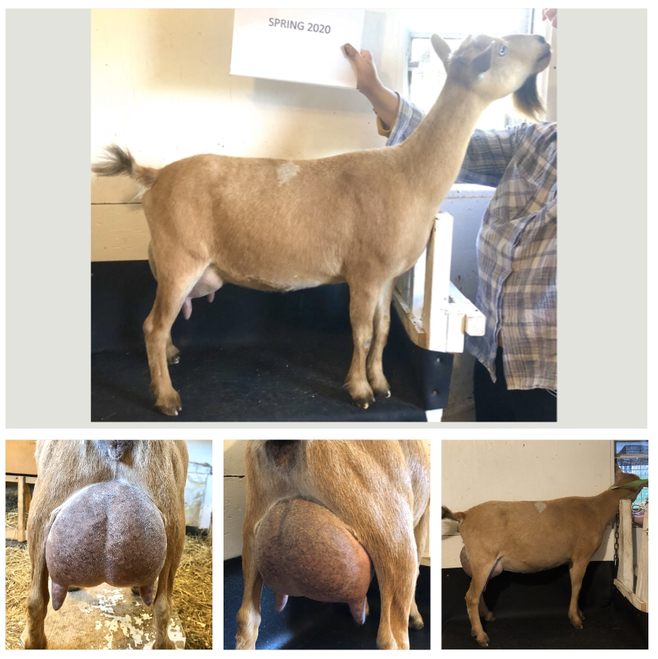 Noisette is a gorgeous doe with very nice conformation. She has beautiful udder texture, large teats and orifices. Her udder is placed high and has good attachments. As a second freshener, she produced 2.8lbs (or 1300ml) in 12h, with lots left over for her triplets. Based on this, we estimate that she produced over 6lbs in a day! Noisette was Grand Slam Nigerian Dwarf at the 2020 Canadian Goat Online Show. She won Best of Class, Best of Breed, and Best Udder of Breed, both with the licensed judges' votes and the membership vote, in the Spring 2020 Canadian Goat online show.

Her sire's dam, CH Cedar Green Twilight EX91, has an amazing udder and easily feeds quadruplets. Her udder is wide and has a strong medial ligament. In 2019, she was classified as Excellent 9`1. Cedar Green Twilight became a Permanent Champion at the 2017 West National Goat Show. She has been Grand Champion at least 3 times with 3 different judges. We are very glad to have both her granddaughter and grandson! Noisette’s half-sister, White Lodge Cordelia, won Reserve Champion at the Peterborough Goat Show in August 2017. Noisette's paternal great grand-sire, Old Mountain Farm Frankincense, was classified as VEV 89, and her great grand-dam, Camanna CT Jocelyn is a Permanent Champion and was classified at VVVE 89.

Noisette's dam also has a nice udder. Her maternal great grand-dam, Tripping Billies Delilah, won Reserve Grand Champion and Best Udder in her age group at the 2014 East Nationals. She has also won a restricted leg towards her Permanent Championship. Her great grand-sire, Sky River Meadows Hades, has earned a full leg towards his Permanent Championship. 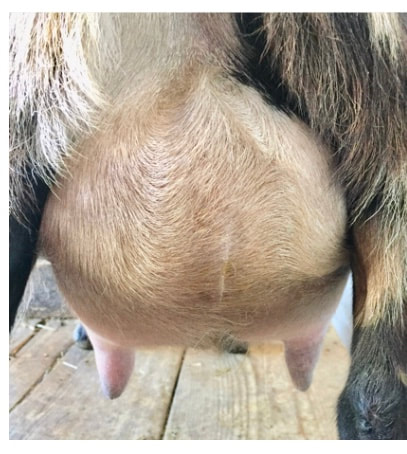 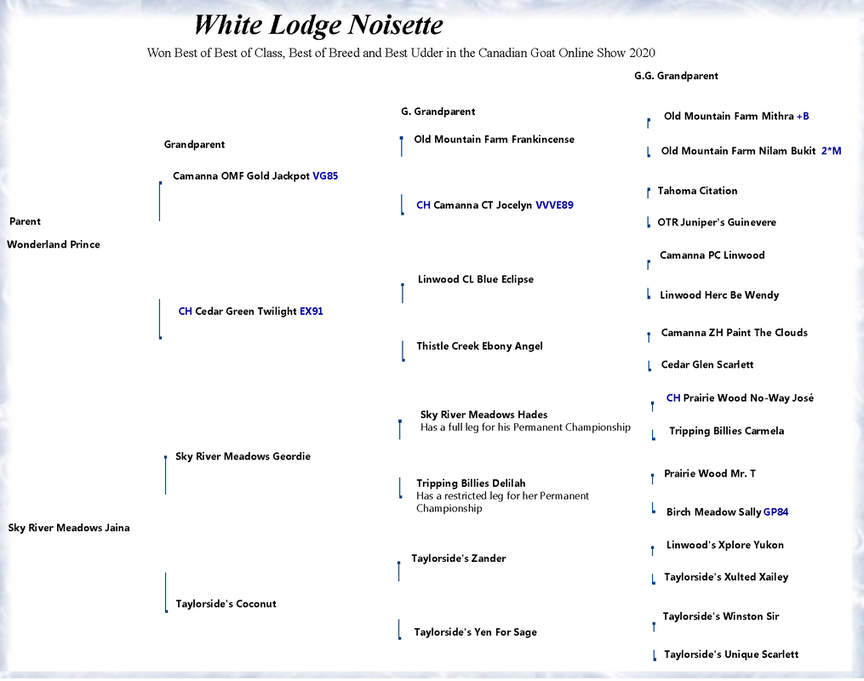