His sire's dam, CH Cedar Green Twilight EX91, has an amazing udder and easily feeds quadruplets. Her udder is wide and has a strong medial ligament. In 2019, she was classified as Excellent 91. Cedar Green Twilight became a Permanent Champion at the 2017 West National Goat Show. She has been Grand Champion at least 3 times with 3 different judges. We are very glad to have both her granddaughter and grandson! Quinoa’s half-sister, White Lodge Cordelia, won Reserve Champion at the Peterborough Goat Show in August 2017. Quinoa's paternal great grand-sire, Old Mountain Farm Frankincense, was classified as VEV 89, and his great grand-dam, Camanna CT Jocelyn is a Permanent Champion and was classified at VVVE 89.

Quinoa's dam also has a lovely udder, which is even more impressive considering that she is a first freshener. His maternal great grand-dam, Tripping Billies Delilah, won Reserve Grand Champion and Best Udder in her age group at the 2014 East Nationals. She has also won a restricted leg towards her Permanent Championship. His great grand-sire, Sky River Meadows Hades, has earned a full leg towards his Permanent Championship. 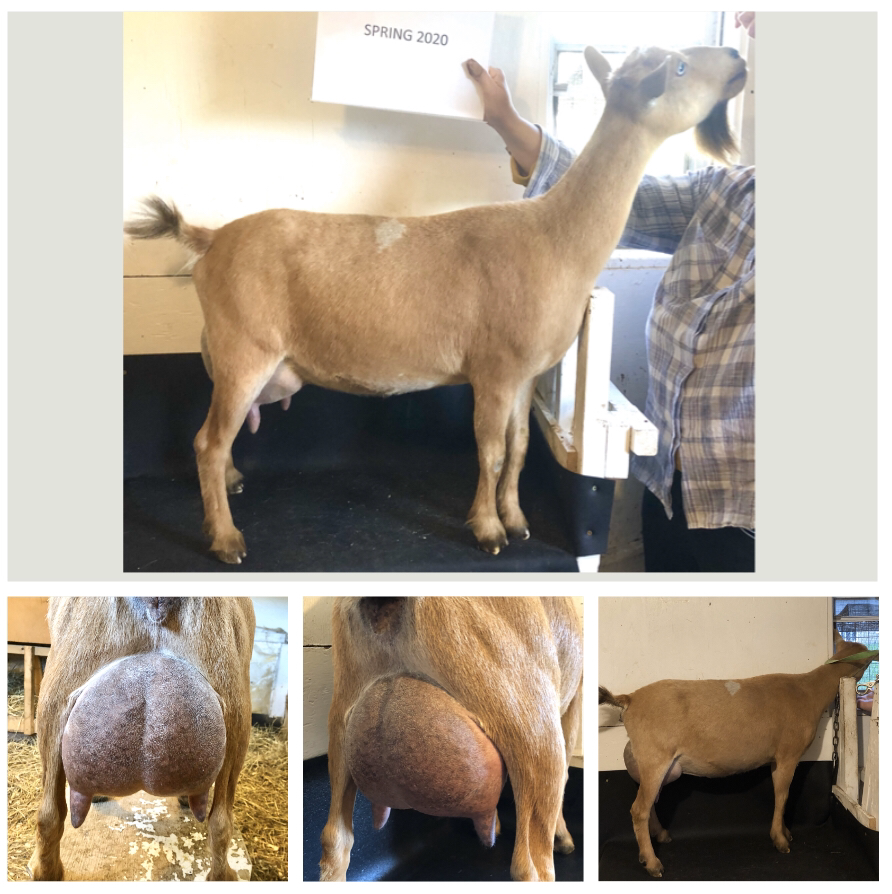 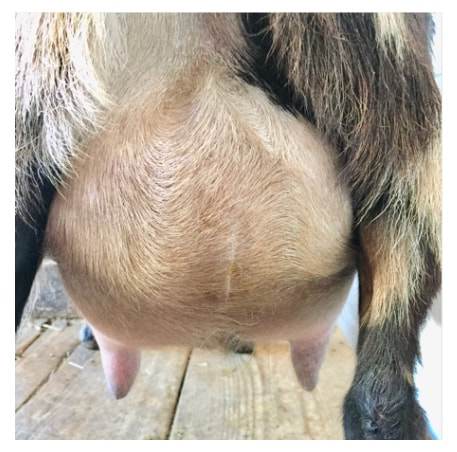